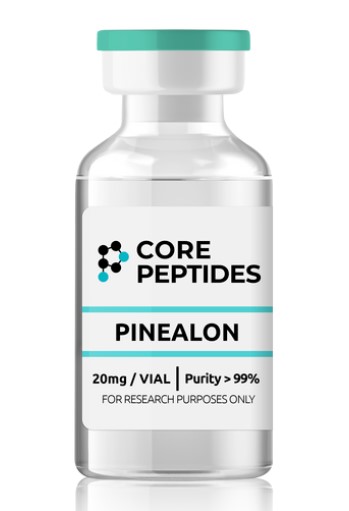 The current emphasis of this product’s study is on its potential to avoid oxidative damage and, as a result, to lessen the negative consequences of aging. Normal metabolism produces reactive oxygen radicals (also known as free radicals) that interact with functional tissues to cause harm. Several factors contribute to aging, including this damage. Antioxidants in the diet help in the removal of free radicals from the body in healthy persons. These natural systems, however, are prone to the aging process and grow less efficiently with time. This loss in function cannot be countered by whatever amount of antioxidant ingestion.

Exogenous and endogenous antioxidants seem to be boosted by pinealon in rats, making cells more resilient to free radical damage. When it comes to neurologic tissue, pinealon is especially effective in reducing free radicals and reducing cell death caused by them.

Adding pinealon to your diet isn’t the only way to boost your body’s ability to produce antioxidants. Even in the presence of sickness, the tri-peptide seems to minimize oxidative damage, according to this study. It may specifically impact cytokine signaling in the brains of aged rats with ischemic stroke and minimize the oxidative stress and neuroinflammation that results in tissue death and long-term impairment. Caspase-3, a protein complex essential in proper brain development and the apoptosis of neurologic tissues, seems to be regulated by this product. Apoptosis, the death of brain cells, is prevented by pinealon, which inhibits caspase-3 action. Pinealon has been shown to improve the survival rates of rats after a stroke. Additionally, this medication has shown promising results in maintaining tissue after hypoxic damage compared to other therapies and alternatives.

Pinealon is a synthesized Glu-Asp-Arg tripeptide compound. It is able to penetrate the blood-brain barrier, the cell membrane, and the nuclear membrane of the central nervous system.

As an epigenetic regulator, pinealon predominantly affects gene expression by binding to DNA and altering its expression. Caspase-3, a key component of the body’s natural antioxidant system, is predominantly affected. Cytokine signaling, especially in the central nervous system, is affected by pinealon, and it seems to have a function in inflammation.

This peptide has been shown to increase serotonin synthesis in cultured brain cortex cells by increasing the output of a gene that encodes an enzyme important to the creation of serotonin. Because this epigenetic impact is tissue-specific, it may clarify why pinealon has a more selective effect on serotonin than current prescription medications. Pinealon is neither a receptor nor a blocker of receptors but rather a promoter of serotonin synthesis in certain tissues via natural mechanisms. It is thus most effective in areas where serotonin expression has previously been induced by the pinealon.

Pinealon has genome-wide effects on more than simply serotonin production. When it comes to antioxidant processes, research has revealed that the tri-peptide might increase their effectiveness and even alter the mechanism of programmed cell death. Pinealon isn’t apparent how it influences antioxidant activity through the genome, but it is evident that the oligopeptide may boost cell survival and reduce free radical concentrations at an epigenetic stage.

Pineal cell proliferation and secretory function appear to be boosted by this peptide. Pinealon’s ability to counteract the consequences of aging is likely due to this. The pineal gland decreases and loses its ability to operate as we age. The pineal gland regulates sleep, learning, memory formation, circadian rhythms, and drug metabolism. Preserving the pineal gland’s function helps to sustain a healthy condition in all of these environments. If you are a researcher, you can buy Pinealon online for research purposes only.